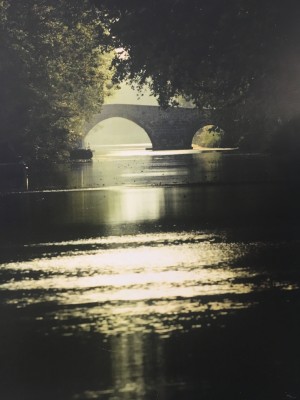 On the Canal du Midi

We departed Homps a bit late Sunday morning as we had discovered that the air conditioner was not functioning properly. It would turn on while we were connected to shore power, as advertised, but then warm air would issue for a while and then it would stop.  We tried to track down someone from Canalous to diagnose the issue, but quickly discovered that no Canalous personnel were anywhere to be found.  The Canalous office is advertised to be closed on Sundays, even though we were informed Saturday evening that all we had to do was call the technician’s phone number to get assistance.  However, calling the number several times resulted in a “we are not available” message, with no provision for leaving a message.

We did, however, notice several Le Boat technicians attending to issues.  We are not sure what the formal relationship is between Le Boat and Canalous – if any.  However, quite often we saw Le Boat and Canalous offices co-located and most of the bases tended to have boats from both companies.  So it certainly seems as if there is at least an informal relationship between the two.  The Le Boat office is advertised to be open Sundays, so that may be a factor for anyone considering a future trip.

So we decided to defer the A/C issue and get underway, where we were almost immediately into a series of six locks – a single lock, two doubles then another single.  Our Czech friends had already departed, drinks in hand and swaying to the music emanating loudly from their boat.   The locks we encountered on the Midi contrasted with the locks of Burgandy in that the Midi locks are essentially 100% automated.  Automated, but not unstaffed.   During our Burgandy canal boat trip of five years earlier, nearly every lock was staffed by an éclusier (lock keeper) who welcomed (or even expected) our help at manually cranking the four controlling sluice gates found at each lock. 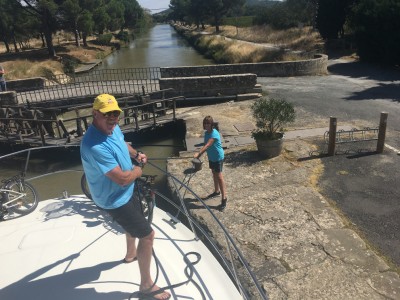 Roger and Dizela in their first lock!

By contrast, the midi locks are all driven by electric motors controlled remotely by the éclusier via a hand-held device.  While this is clearly a more modern approach, it comes at the expense of the charm and experience of the do-it-yourself hand-cranking.  I can see where this would help improve the lock transition time, though, as sometimes éclusiers would have to crank all four of the lock gates manually, as the boat travelers were either incapable of helping or unwilling to help.  I also missed the interactions with the locks keepers, as previously there would be some level of dialogue to greet and coordinate with the éclusier.  This time, I learned, that the routine interaction was greatly reduced, as the boat inhabitants largely stayed on the boat and only had to ensure the guide lines were secure. 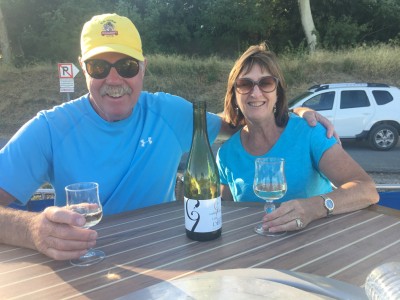 After a leisurely cruise through the six locks, and stopping for a canal-bank lunch break, we approached the little village of Roubia about 3:00 PM, where we decided to spend the night.  Just past the little bridge spanning the canal into Roubia, we tied up the boat in a nice shady spot on the town-side of the canal.  After a celebratory happy hour drink on our upper deck, we headed into the town of Roubia to do a little exploring. 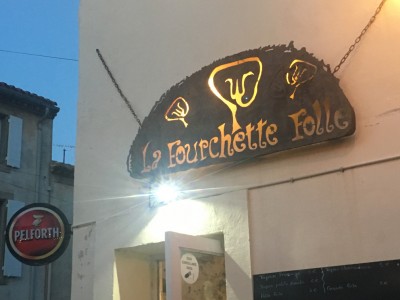 The Canal du Midi Guidebook describes Roubia “with its concentric streets” as sheltering an olive mill, a grocery store and a restaurant called La Fourchette Folle – The Crazy Fork in French.  After walking around town, we concluded that was pretty much it, so we elected to eat dinner at La Fourchette Folle.  It actually turned out to be a quite pleasant meal in which the owner appeared to be the waiter and cook.  He was flexible with some of our requests and I believe we all ordered a three-course, prix fixe meal for around €15 each, which seemed like a pretty good value.  We also tended to order the pichet of local house wine, rather than a bottle, as the price value generally seemed better and the local house wines gave us a taste of the nearby wines. 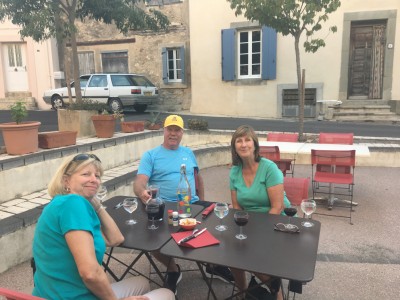 It was getting dark as we headed back to the boat on foot.  After we returned, I decided to go for a walk in the relatively cool evening air.  I initially started heading east along the canal towpath, which was lit-up in the vicinity of the boat.  However, it shortly turned into pitch black countryside, so I decided it would be best to turn around and walk into the town.  This was a much better choice as the streets were well lit up, although devoid of nearly all traffic.  During my one hour walk, I was passed by a total of two cars.  Thus ended our first full day of travel on the Canal du Midi. 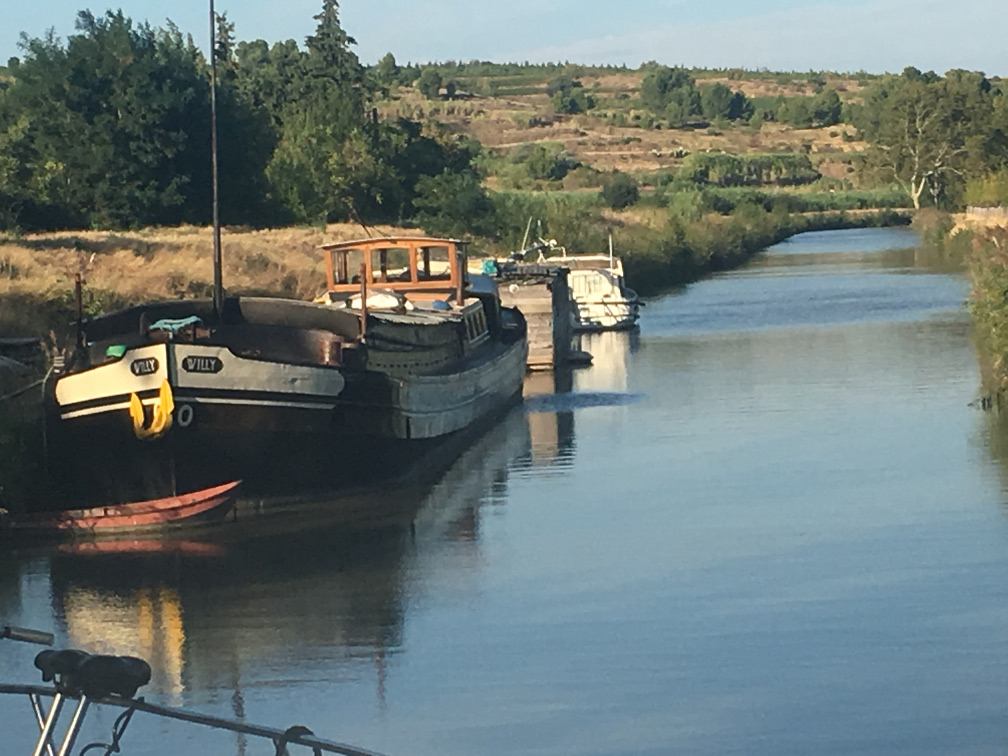